A documentary dedicated to 5500th Anniversary of ancient Sarazm 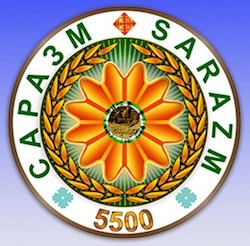 On the occasion of the celebration of the 5500th  Anniversary of the ancient Sarazm, the Tojikfilm State Institution has started the production of the documentary titled The Secret of Sarazm (Asrori Sarazm). Recently, the film crew visited Penjikent, where excavations of ancient Sarazm are underway, as well as visited the museum and the old city of Penjikent. At the excavation site in Sarazm, the film crew conducted interviews with several historians, academicians and archaeologists about the excavations and history of this ancient site.

Recently, the scope of excavation works has increased, and the ancient mausoleum of Sarazm has been studied by the specialists. “We have started editing the documentary. It is expected that the film is completed in Tajik and subtitled in Russian and English on the eve of the 5500th anniversary of ancient Sarazm”, said the head of the creative team Tolib Gaibullozoda, the First Deputy Director