“Round table” dedicated to the 100th anniversary of B.A. Kimyagarov. 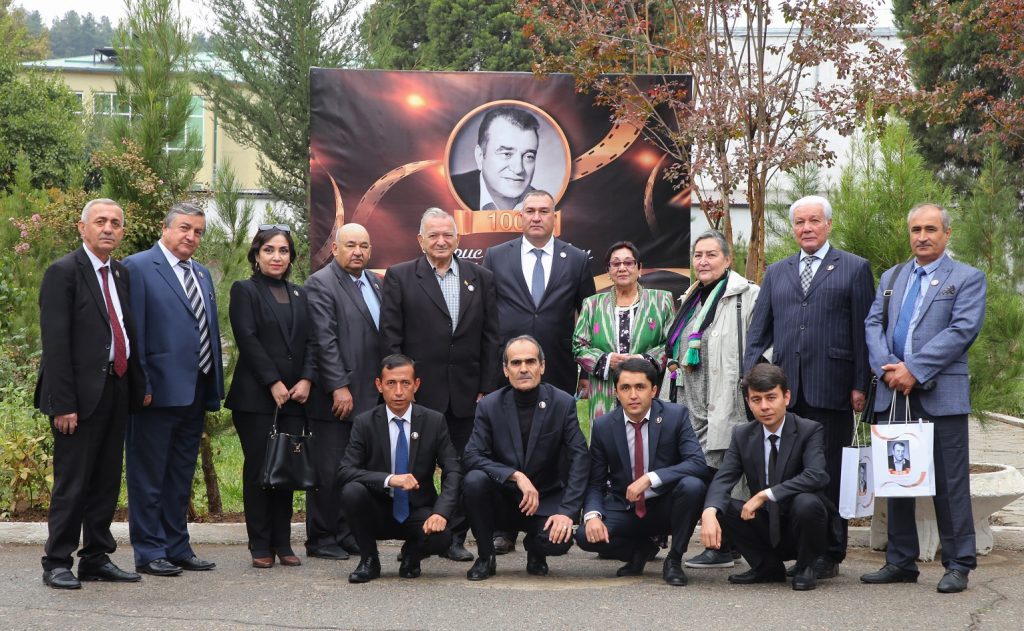 Today (30.09.2020), on the initiative of the State Institution “Tojikfilm” and the Union of Cinematographers of Tajikistan, in compliance with sanitary and epidemiological requirements and social distance, the 100th anniversary of the birth of the famous Tajik cinematographer Alzheimer is celebrated.

Early in the morning, with the participation of the leadership of the State Institution “Tojikfilm” and representatives of the Union of Cinematographers of Tajikistan, a ceremony of laying flowers in memory of this great monument was held at the grave of Boris Alekseevich Kimyagarov.

In the building of the State Institution “Tojikfilm” a “Round Table” was held with the participation of scientists and specialists in the field of cinema. Mahmadsaid Shohiyon, Director of the Tojikfilm State Institution, made an introductory speech, speaking about the fruitful work of Boris Kimyagarov as a role model for the new generation in Russian cinema.

Tillo Neckadam – film critic, on the topic “Documentary films of Boris Kimyagarov”, Abdulloeva Malokhat – chief editor of the dubbing and foreign films department of the “Sinamo” TV channel on the topic “Analysis of the experience of historical restoration in the work of Boris Kimyagarov, Mahmadali Sangov – dean of the Tajik faculty of theatrical art State Institute of Culture and Arts, Associate Professor, on the topic “School of Boris Alekseevich Kimyagarov”, Rakhimov Sadullo Khairulloevich – Doctor of Philosophy, Culturology, Secretary of the Union of Cinematographers of Tajikistan: “Appeal to Kimyagarov.”

As part of the Round Table, a presentation of Sadullo Rakhimov’s new book “Essays on the History and Theory of Tajik Cinema: Stages of Identification” took place.

At the end of the event, a documentary film “Posi hotira” directed by Elizaveta Kimyagarova was shown, which was recently dubbed into Tajik.