SUMMING UP THE ACTIVITY RESULTS GU “TOCHIKFILM” IN 2020 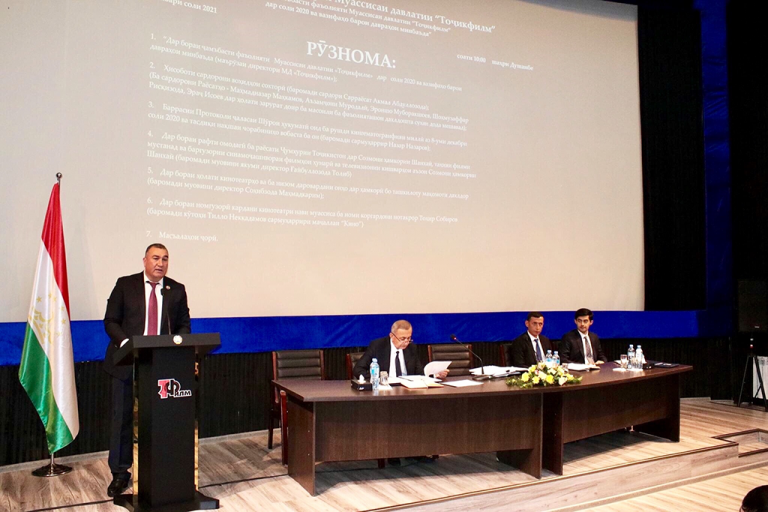 On January 22, 2021, at the final meeting, the results of the activities of the State Institution “Tojikfilm” in 2020 were summed up.

The agenda of the meeting included industry issues, reports of heads of structural divisions and other important issues of the industry were considered and discussed:

At the meeting, Director Mahmadsaid Shohiyon analyzed and reviewed the activities of GU “Tojikfilm” for 2020.

To perpetuate the memory of Tajik director Tokhir Sobirov, the filmmakers proposed to name the new cinema of the institution after Tokhir Sobirov, and this proposal was approved by the majority of those present.

At the same time, discussing the issues of the industry, the director of the State Institution “Tojikfilm” Mahmadsaid Shohiyon noted that the full preparation of the new cinema is the beginning of the improvement and creative work, and in the second stage it is planned to complete the reconstruction of the cinema “Vatan” in which the premiere of the new feature film “Tojikfilma” “Ohirin Saydi Sayyod” (“The Hunter’s Last Prey”)

At the end, an appropriate decision was made, tasks for the next period were defined and the responsible persons were instructed to carry out the instructions.