PREMIERE OF THE FEATURE FILM THE LAST LOOT OF A HUNTER 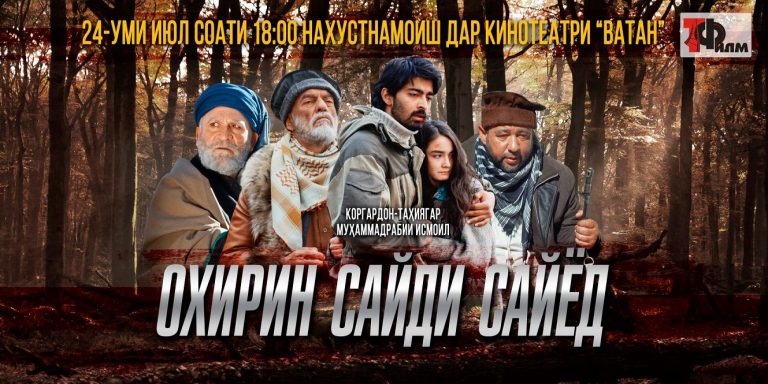 (24.07.2021) at the Vatan cinema the premiere of a feature film based on the work of Abror Zoir The Hunters Last Prey by director Muhammadrabi Ismoil took place, with the participation of a wide range of filmmakers.

The film tells about the events of the nineties of the last century that took place on the state border of Tajikistan with the Islamic Republic of Afghanistan.

The premiere of the new film of the State Institution Tojikfilmwas sold out, the spacious renovated hall of the Vatan cinema was full of spectators and lovers of Russian cinema.

In the future, the feature film The Hunters Last Prey will be shown at the Vatan cinema and other regions of the country.