REPORT ON THE ACTIVITIES OF THE STATE INSTITUTION “TOJIKFILM” FOR 9 MONTHS 2021. 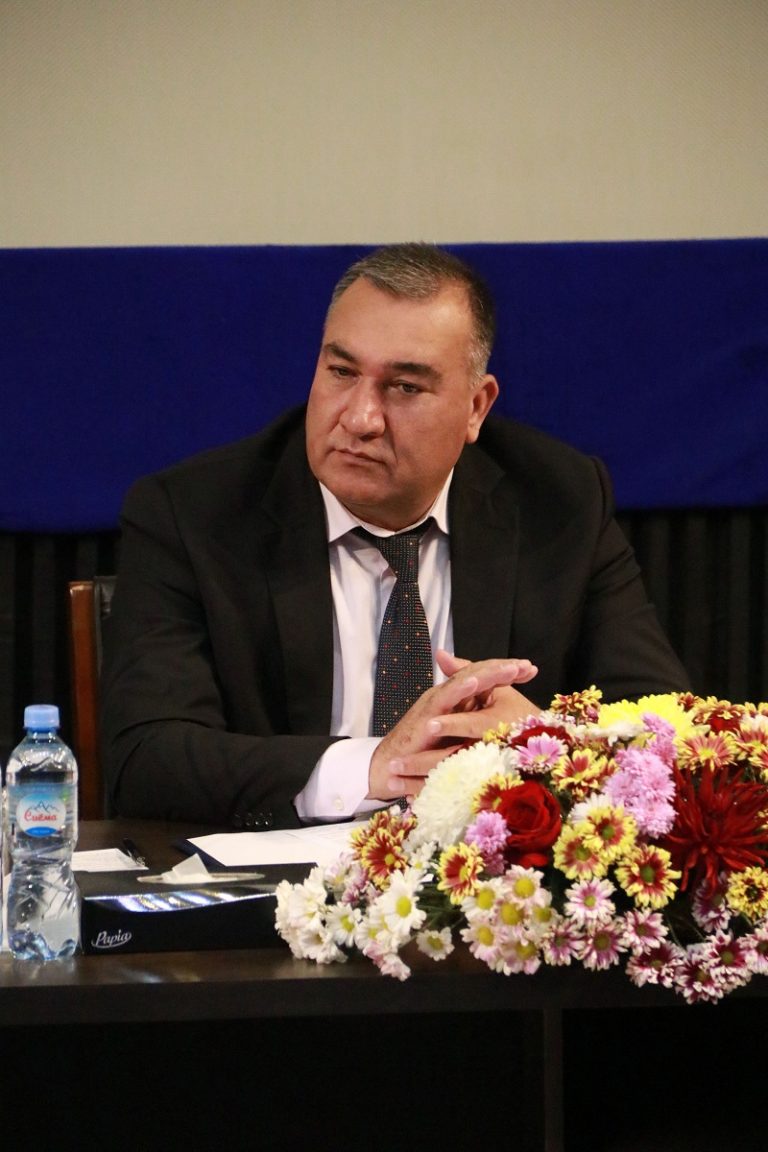 On October 13, 2021, at the cinema named after Tokhir Sobirov, the board of the State Institution “Tojikfilm” was held following the results of nine months of 2021 and tasks for the future.

The meeting was attended by the Management, heads of departments of the institution and other officials.

At the final meeting, the report of the heads of the structural divisions of the enterprise was heard.

Mr. Mahmadsaid Shohiyon, Director of State Institution “Tojikfilm”, discussed the situation in the field of cinema for nine months of 2021 at a board meeting.

In order to celebrate the 30th anniversary of the Independence of the Republic of Tajikistan rivers, the cinemas named after Tokhir Sobirov and the Vatan cinema in Dushanbe were designed and commissioned. Also, the departments of the State Institution “Tojikfilm” put in order the operating cinemas in the regions, cities and districts of the country.

In particular, the exterior of the cinemas “Navruz” in the Yavan region, “Kirov” in the Pyanj region, “Sitora” in the Jaykhun region, “Shohiyon” in the Vose region and “Guliston” in the Farkhor region of the Khatlon region have been painted.

In the Sughd region, work is underway to improve the Kanibadam film set, the 30 Years of Independence cinema is being reconstructed in the Mastchoh region.

It was noted that during this period the international activities of the institution were fruitful, and fruitful cooperation with filmmakers of the Republic of Uzbekistan has strengthened.

Within the framework of mutually beneficial cooperation, three joint film projects were launched, including the historical feature film “Jomi and Navoi” about the friendship of the Tajik and Uzbek peoples, on behalf of the President of the Republic of Tajikistan Emomali Rahmon and the President of the Republic of Uzbekistan Shavkat Mirziyoyev, the feature film “Invisible Star” directed by Muhabbat Sattori and Iskandar Usmonov’s feature film Stones and Water.

Thus, the activities of GU “Tojikfilm” for 9 months of the current year were recognized as satisfactory, tasks for the next period were defined and specific instructions were given to responsible persons for their effective implementation.