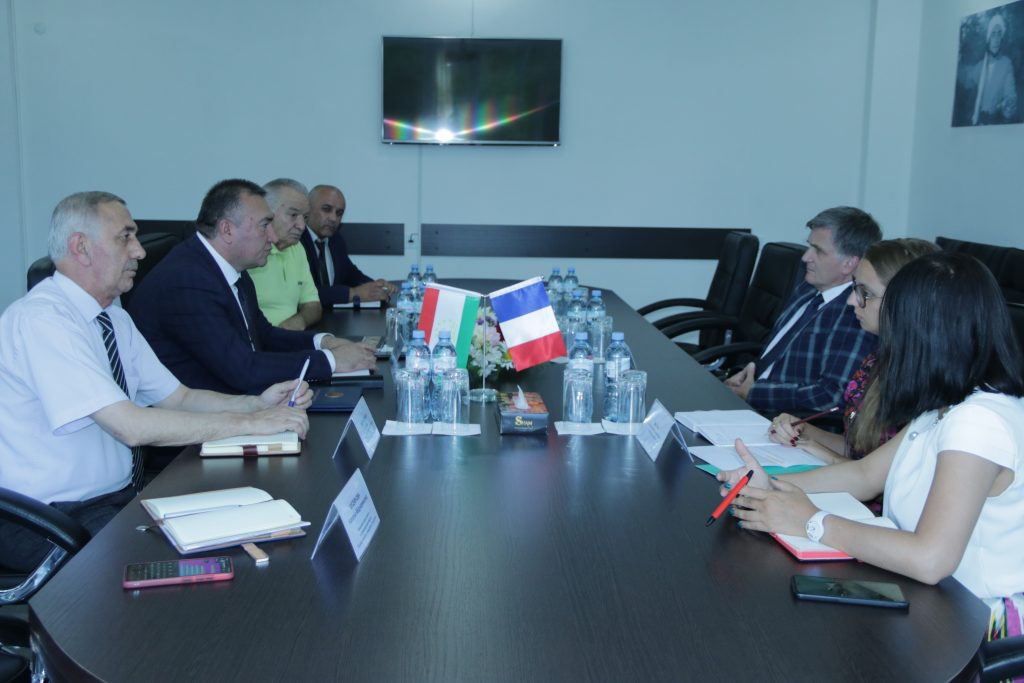 On June 29, 2022, the Director of the State Institution “Tojikfilm” Mahmadsaid Shohiyon, on the initiative of the French Embassy, ​​received the Ambassador Extraordinary and Plenipotentiary of the French Republic to the Republic of Tajikistan, Mr. Michel Tarran.

During the meeting, views were expressed on strengthening cooperation in the field of cinema.

The parties discussed the importance and favorable basis for expanding and strengthening cooperation and mutually beneficial relations between Tajik and French filmmakers.

It was emphasized that for the purpose of sustainable development of cooperation, the holding of the Tajik-French film festival in Tajikistan, and then in France, will lead to informing and familiarizing domestic filmmakers of both sides with meaningful and entertaining films from friendly countries.

The first stage of the Tajik-French Film Festival is scheduled for late August-early September in the Republic of Tajikistan, and this event is expected to be held in Paris, France in early 2023.